New Jersey is home to dozens of creepy haunted and abandoned places; it is no stranger to the weird and unexplained. The Garden State comes with countless ghost stories and terrifying tales of cryptids, including the Jersey Devil. Paranormal and extraterrestrial legends abound. While some spirits are friendly, many Garden State ghosts are scary or even violent. Of course, hauntings aren’t the only thing that can make a place creepy. New Jersey has ties to mass murderers, serial killers, and unsolved mysteries. Before we get to those mysteries, what are the creepiest places in New Jersey? Most are considered extremely haunted. Whether you want to avoid them or explore them, here are a few of our most horrifying destinations.

The Creepiest House In New Jersey

Soon after purchasing their dream home in Westfield, a young family began receiving a series of terrifying letters Disturbing comments were made about the children in the family, young blood, and secrets hidden in the walls. As the letters became increasingly threatening, police were contacted. Years later, there still have been no convictions. The family recently sold the home and the movie rights to their story. Would you live in this New Jersey haunted mansion? 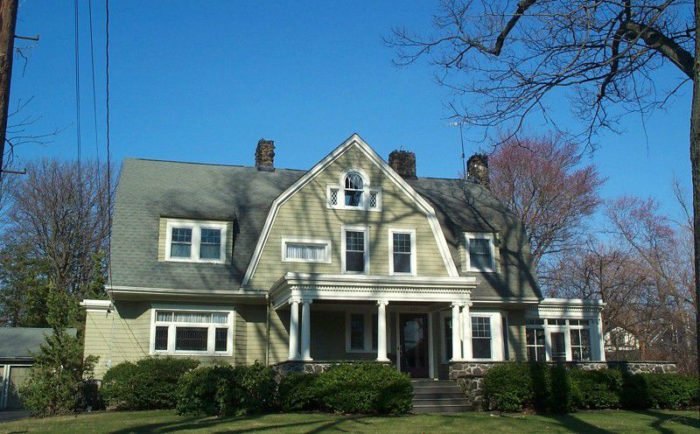 The Most Haunted House In New Jersey

While the Watcher House is haunted in its own way, it’s not known to be haunted by ghosts. The Proprietary House in Perth Amboy however, has plenty. One of the most historic buildings still standing in the United States, it is the last remaining Proprietary Governor’s mansion from the original thirteen colonies. The spirits here include a Revolutionary War soldier, a woman in white, and a young boy. The home, now a museum, was featured on the SyFy Channel’s Ghost Hunters and a paranormal presence was detected. Read the full story here… 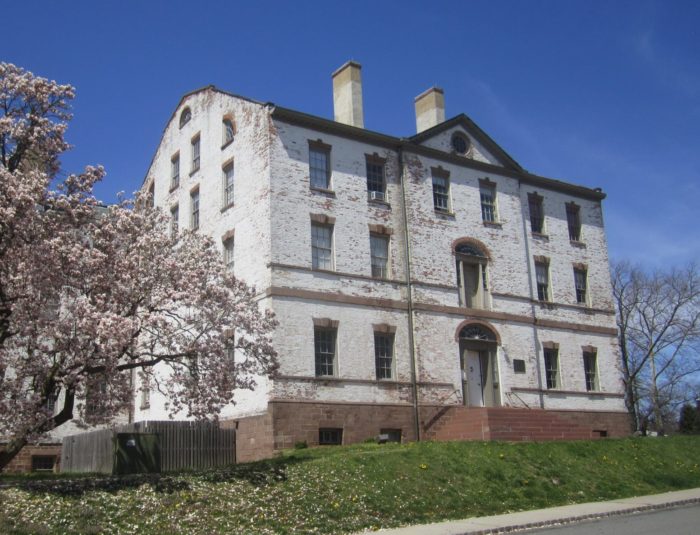 The Most Haunted Road In New Jersey (And Maybe America)

It might look perfectly innocent in photos like the one below, but don’t be fooled: Rural Clinton Road has been called the most haunted street in America. It is certainly the most haunted street in New Jersey. Legend says that a ghost boy hides under a bridge along Dead Man’s Curve. If you throw a coin in the lake, he’ll come to collect it. Stories of ghost trucks and other phantom vehicles, cults, and a druid temple where strange rituals are performed have also been told over the years. Most notably, it was along Clinton Road that a biker found the body of one of Mafia hitman Richard Kuklinski’s victims. Also known as The Iceman, he is one of New Jersey’s most infamous killers. Unfortunately, he’s one of many. Drive the road at your own peril… and don’t forget to bring coins! 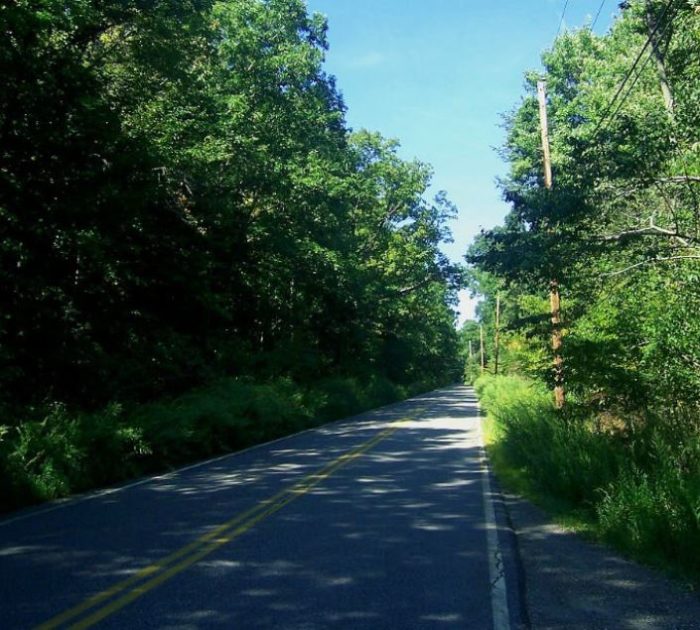 The 3 Most Haunted Places In New Jersey

1. On September 8, 1934, the SS Morro Castle (an American ocean liner) caught fire and was beached along the shore of Asbury Park. Over 130 passengers and crew members died on that fateful day. Wreckage and remains washed ashore. To make matters creepier, the SS Morro Castle breached on the exact same spot where a ship called New Era wrecked 80 years earlier. Hundreds also died in that disaster. According to local legend, if you stare out into the sea from the spot the boats beached you can catch a glimpse of the ghost ships. Think you have the nerve to visit in person? 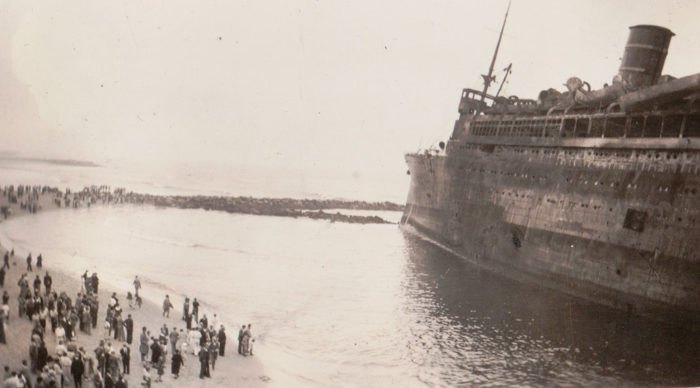 2. The Pine Barrens are just as eerie. While they are beautiful, they’re filled with historic ruins, and ghost sightings are common. The legendary birthplace of the Jersey Devil, a nightmare-inducing creature with both claws and hooves, he is said to hunt for prey in their dark woods. The Pine Barrens are also believed to host a portal to another dimension, hidden in Ong’s Hat. Interested in interdimensional travel? 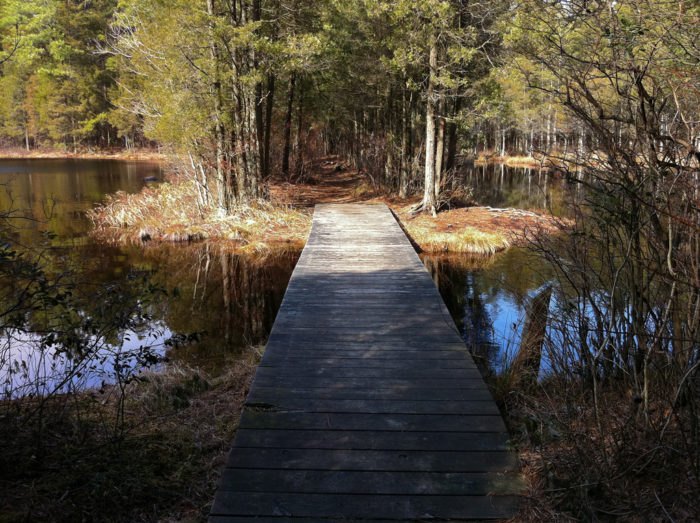 3. While South Jersey may be home to the state’s most notorious devil, head north and discover Devil’s Tower, Devil’s Tree, and the Gates of Hell. You can also find abandoned asylums, creepy psychiatric hospitals, and haunted prisons across New Jersey. The former Greystone Park, Overbrook Asylum, and Trenton Lunatic Hospital are rumored to have mutilated and experimented on patients. You’ll be appalled by the horrifying cures of Dr. Henry Cotton.

Eglington Cemetery Is One Of New Jersey’s Spookiest Cemeteries

Located in Mount Holly, the Burlington County Prison operated between 1811 – 1965. At the time of its closure, it was the oldest operating prison in the United States. The prison was known for public hangings and housed notorious inmates including Albert DeSalvo, later known as “The Boston Strangler.” Today Burlington Prison is a museum but it was also once the site of a deadly riot. The prison was known to use thinner than average rope, which led to lengthier executions and significant suffering. Some prisoners were buried on site. Some believe their spirits still haunt the grounds. Take a tour and see for yourself. 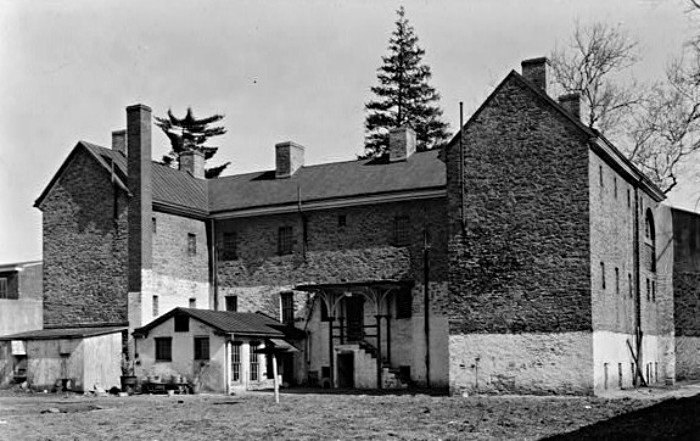 New Jersey has a wide range of wonderful hiking trails but only a handful are said to be haunted. Jenny Jump State Forest is home to the gorgeous Ghost Lake Trail, an easy hike that’s fantastic in the fall. Visitors report wraith-like figures in the mist and full apparitions. Another option is the challenging BaToNa Trail that runs through Wharton State Forest. You’ll find historic and abandoned villages on your journey. 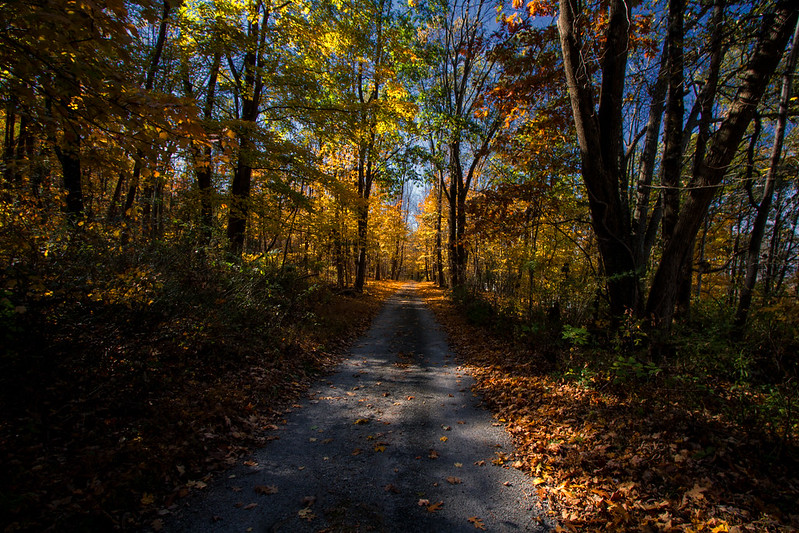 Brighton Asylum in Passaic is one of the scariest haunted attractions in America. It is so terrifying that many can’t complete their journey through and one visitor was even hospitalized for deep muscle tears caused by excessive screaming. It is grotesque, immersive, and not for the faint of heart. Busiest around Halloween, Brighton Asylum offers spooky events all year. Find the escape room of your nightmares, ax throwing, and a virtual reality experience. If nothing scares you, this haunted house will. 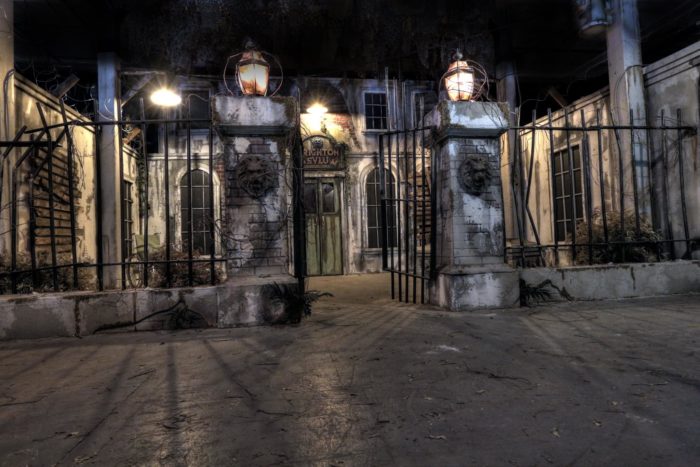 There are many great options to choose from in the Garden State but the best haunted corn maze in New Jersey has to be the Killer Kornfield at The Field of Terror in East Windsor. The Field of Terror is a popular Halloween attraction with several spooky activities including the maze, the creepiest haunted hayride in New Jersey, and a classic haunted house. If you have younger kids, you can bring them to the family-friendly flashlight maze! 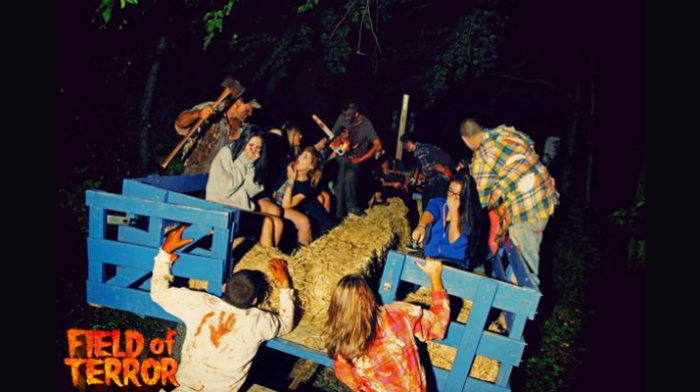 If you’re looking for haunted accommodations, New Jersey has got you covered. It seems that guests never want to leave our charming inns, so they stay forever. The city of Cape May is home to several haunted bed and breakfasts including Hotel Macomber and Angel of the Sea. There are local ghost tours available if you want to hear their stories. You’ll also find another gem with purported paranormal activity in Ocean City – the popular Flanders Hotel. Guests report disembodied laughter and a vanishing red-haired woman. Would you spend the night in this New Jersey haunted hotel? 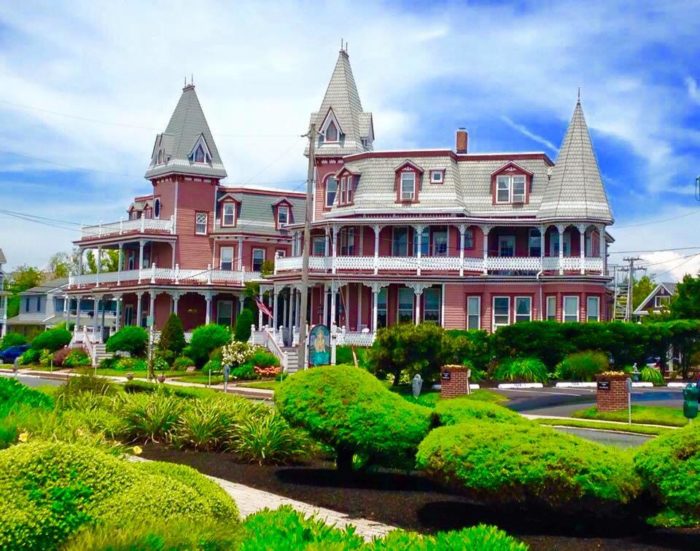 Learn more about these weird, strange photos and find others here.

1. One of the most prolific serial killers in United States history was a local nurse in New Jersey named Charles Cullen. Moving from hospital to hospital, Cullen killed dozens of patients during his 16-year career. How he got away with his crimes for so long is a mystery…

2. The Original Friday the 13th movie was filmed at a campsite in Blairstown, New Jersey. You can find props and memorabilia at the Garden State’s own Friday the 13th Museum.

3. New Jersey has been featured in several creepy movies. The Creepy Clown of Middletown can be seen in Clerks II, and the original Friday the 13th, Amityville Horror, War of the Worlds, Toxic Avenger, and Jaws were all shot in the Garden State. Jaws was actually inspired by real-life shark attacks along the Jersey Shore.

4. Paranormal Books & Curiosities in Asbury Park offers a small museum of strange and eerie artifacts including a collection of possessed dolls and The Hand of Glory, a cursed candleholder said to be made from the severed hand of a hanged murderer’s corpse.

5. The charmingly macabre Addams Family was conceived by local cartoonist Charles Addams. His home state hosts the eccentric bunch in a 2019 animated film. Creepy can be kooky, and it isn’t always spooky, but if you’re looking for a scare, New Jersey has it all.