Dorney Park, the brainchild of Solomon Dorney, dates back to 1884 when he turned his resort, which also featured a zoo and a hotel, into the beginnings of an amusement park called Dorney’s Trout Ponds and Summer Resort. The fledgling amusement park featured refreshment stands and eventually such popular rides as the Ferris Wheel, the Cable Ride, the Old Mill, and the Scenic Railway. Visitors could also cool down in the park’s swimming pool. 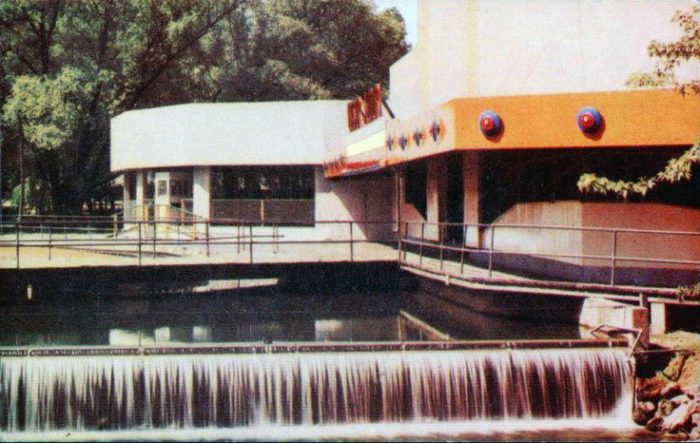 (The above photo of the Old Mill Chute Coaster is from 1944.)

Solomon Dorney sold Dorney Park to the Traction Company in 1901 and soon after Jacob Plarr began working at the amusement park. But, he didn’t come alone. In fact, he brought a Dentzel Carousel with him. Nineteen years later, Dorney Park’s oldest operating ride, the Whip, debuted for the first time.

Dorney Park added Wildwater Kingdom, a popular waterpark, in 1985 and since then the park has continued to add both traditional and water rides and attractions that appeal to the whole family.

But, let’s look back now. Click on the video below – posted by Servis Family Videos – to travel back in time to visit Dorney Park in 1966. The video may just spark happy memories of going to your nearest amusement park with your family when you were a kid.

Does this rare footage of Dorney Park have you longing for an end-of-the-summer amusement park visit? Here are 10 amazing amusement parks in Pennsylvania to visit.

Thank you! You will receive your first email soon.
0
shares