This Strange Texas Phenomenon Is Too Weird For Words

Do you want to witness some crazy paranormal activity firsthand? (We know you do, even if you’re a scaredy-cat.) Plan a trip to Shane Road in San Antonio and you’ll experience a freaky phenomenon that nobody has yet been able to explain scientifically – but there is another explanation. One that will give you goosebumps and make your hair stand on end. 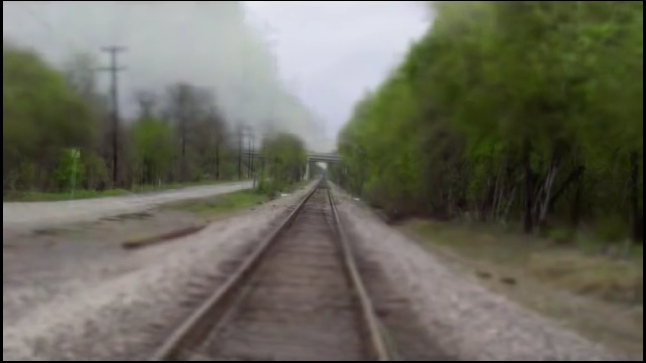 One dark and dreary night, nearly a century ago, (okay, I actually have no idea what the weather conditions were, but storms just add to the creepy ambiance), a bus full of Catholic schoolchildren was on its way home from a class field trip when it stalled on these very railroad tracks. There was no train approaching, so their teacher, a nun, wasn’t overwhelmingly alarmed and simply tried to restart the bus without waking the sleeping children. All of a sudden…

The blaring horn of a train sounded not even 100 feet from the bus. The conductor had forgotten to turn on his lights, which explains why the nun didn’t see the train when the bus initially stalled on the tracks. She made one last-ditch effort to restart the bus to no avail – the speeding train crashed into the bus, nearing splitting it in half due to the immense force. All of the children were killed, but the nun survived. Weeks later, she was so overcome with guilt that she decided to take her own life. She drove to the railroad tracks and parked her car there, waiting for a train to approach and bring about her demise in the same way the children met theirs. As a train approached, she began to hear the voices of children outside her car. They grew louder before she felt her car being pushed from the tracks and out of harm’s way. To her amazement, when she exited her vehicle, there were tiny handprints covering the bumper. Her kids had returned to save her.

Now, if you visit these tracks and park your car in the same place the bus was stalled, putting it in neutral and taking your foot off the brake, you will experience the same sensation the nun did – your car rolling uphill and over the tracks to safety. You may even see the handprints of children on your car afterwards.

Here is a video of a paranormal investigating team testing out the legend for themselves.

Have you ever been to this gravity hill or a similar one? Tell us – is it Earth’s electromagnetic force causing this eerie occurrence? Or is it the work of an unseen army of selfless children trying to save others from meeting the same fate they did? We may never know for sure, but either way, it’s a fun experience to check off your bucket list.

Thank you!
0
shares
Katie Lawrence
Follow me on:
Katie Lawrence is a Southeast Texas native who graduated 18th in her high school class with a GPA of 4.25. She attended college in the Houston area and changed her major twice (psychology, computer science, and finally criminal justice) before taking a leap of faith and dropping out to pursue a career in freelance writing. Today, Katie writes for the Texas and Arizona pages of OnlyInYourState.com and has never been more passionate about a job before. Outside of work, you can likely find her curled up on the sofa with a hot cup of coffee, watching a crime TV show or scary movie.