Sinkholes can cause a lot of destruction, annoyance, and sheer terror for anyone who gets in their path, and if you’re not careful, they just might take you right down with them! Here are some of the more infamous sinkholes that have opened up in Texas over the years.

2) Recent rains in May of this year created this 45 ft wide sinkhole in Granbury.

3) One of the “Wink Sinks” in Winkler County, measuring 300 ft in diameter. 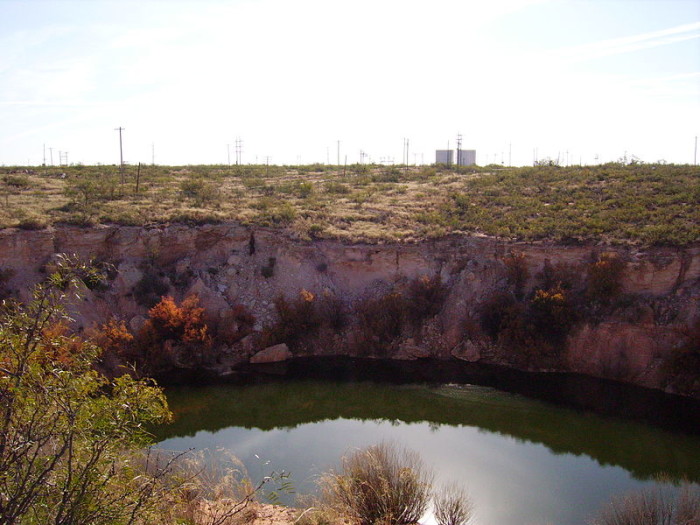 5) The huge sinkhole that opened up between Zinger and Gap in Austin in September 2013.

Do you remember all of these sinkholes appearing on the news over the years? If you have any photos or experiences, please share them with us in the comments!

Sink Your Teeth Into Authentic German Apple Strudel At Naegelin’s, The Oldest Bakery In Texas

You’ll Want To Cross These 15 Beautiful Bridges In Texas