On Sunday, while we were all having brunch with our mothers or hoping they received our greeting cards in the mail, Dorothy the falcon’s 43rd egg hatched much to the excitement of bird enthusiasts everywhere. If the baby falcon makes it to adulthood, Dorothy will have matched the current record held for fecundity among female peregrine falcons– and if one the other three eggs in her nest hatches and does the same, she will be the new record holder. How exciting! 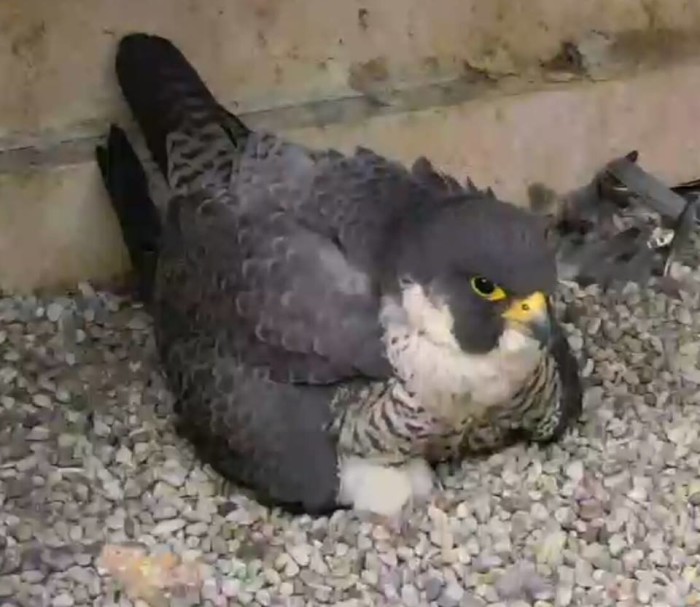 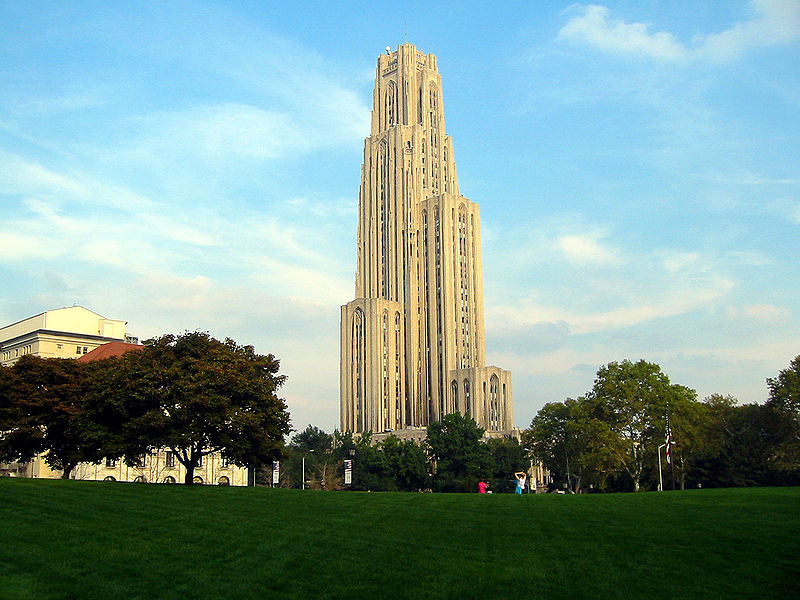 Below is a picture of Dorothy and her eggs while the first of them hatched on Mother’s Day. You can watch a live-stream of her nest HERE , at the Pittsburgh Post-Gazette! 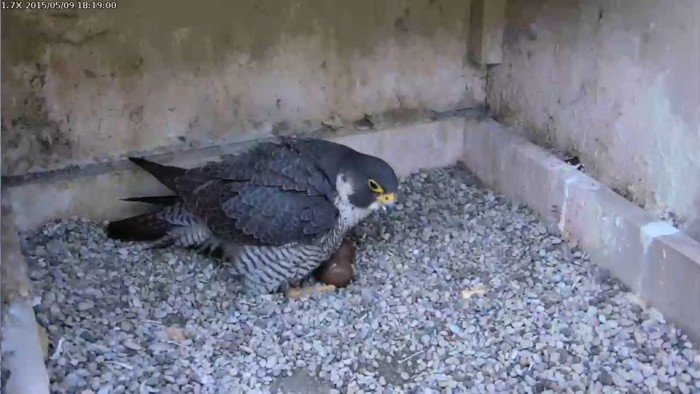 Dorothy is 16 years old, exceeding the average 13-year lifespan of peregrine falcons in the wild, and far surpassing the typical mothering capacity of these birds of prey. The current record is held by Meg, a falcon from Minnesota who fledged 43 offspring. Peregrine falcon populations have been rising steadily since DDT, the pesticide that at one point threatened the species’ survival, was outlawed. 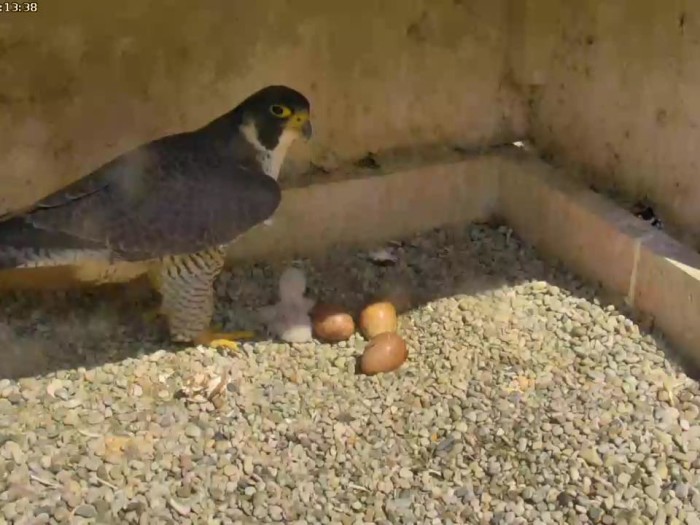 We’re so happy to lay claim to such a dedicated mom! Happy mother’s day, Dorothy!