30 Words And Sayings Only A North Carolinian Will Understand

It’s amazing how words have the power to evoke smells of roasting BBQ, the sound of a tractor in the dead of summer, or the bitter taste of moonshine from pappy’s shed. In North Carolina, each of these 30 words mean something special to “us here” natives down in the Tarheel state. Want to understand North Carolinian dialect? Here’s your starter pack for things people in North Carolina say: 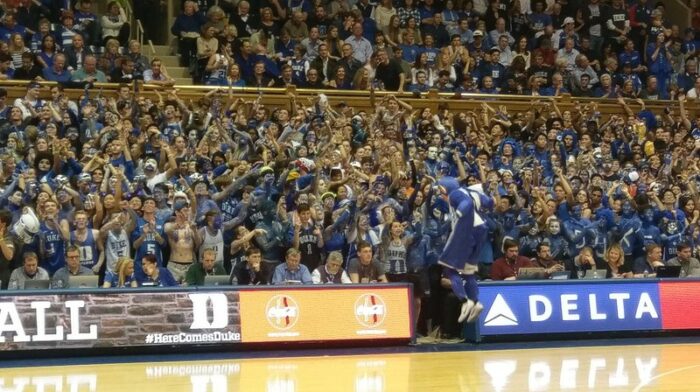 Tarheels will tell you they’re the worst basketball fans known to man, but they’re also evil little blue devils who think they’re sooooo superior to us.

‘Preppy’ sports fans who bleed Carolina-blue and might or might not have legitimately cried after Austin Rivers scored a 3-pointer in the last few seconds of that one Carolina vs. Duke game, giving Duke the win (85-84) and forever etching River’s name on…

People from out of state who come during “peak leaf season” to drive the Blue Ridge Parkway, ogle at leaves, and clog up our interstates. But what lies beneath those beautiful auburn and orange trees is a whole lotta… 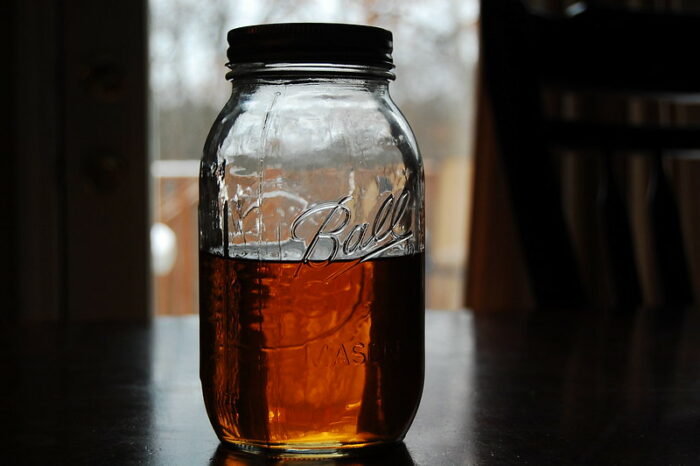 The real question is, which one of the Miller brothers made this batch? Why do you have five jugs in your trunk? Will you be bringing this to the next…

How North Carolinians of all ages entertain themselves on a crisp autumn night. Everyone knows it’s not a real field party unless there is a…

A more intimate version of a “field party”, typically taking place on someone’s farmland with chairs propped around a roaring fire and plenty of that good ol’ moonshine to go around. You’ll be so hungover the next day you’ll just have to get a…

And a sweet tea, like only Bojangles can do. A time that you still can remember, as a child, hearing your father’s raging shouts at the TV (and probably the first time you learned the appropriate context for multiple curse words).

No, not the shiny Hollywood kind. We’re talking Michael Jordan, Dean Smith, Dale Earnhardt, Ben Folds, The Wright Brothers, Coach K, and whoever won first place this year for largest pumpkin at the… 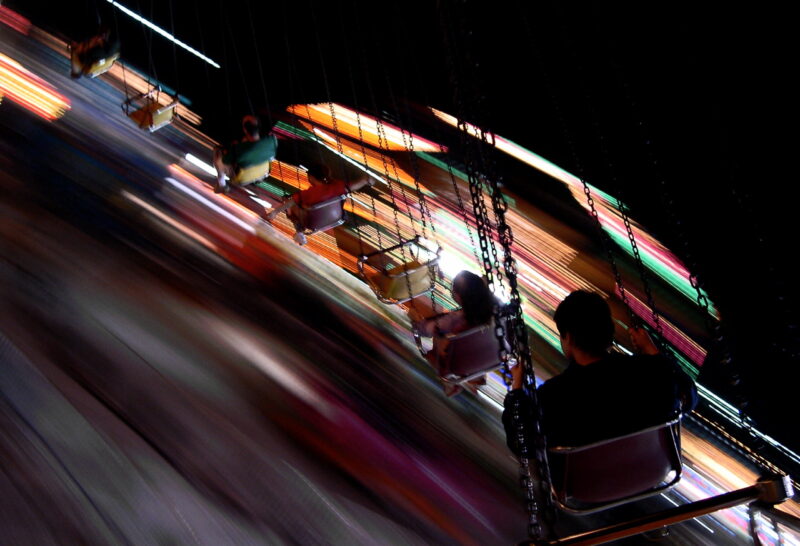 It’s only the best mecca for fried everything. Speaking of which…

It’s not just for chicken anymore. Pickles, tomatoes (green), pimento cheese – everyone knows where to find this fried goodness at the best… 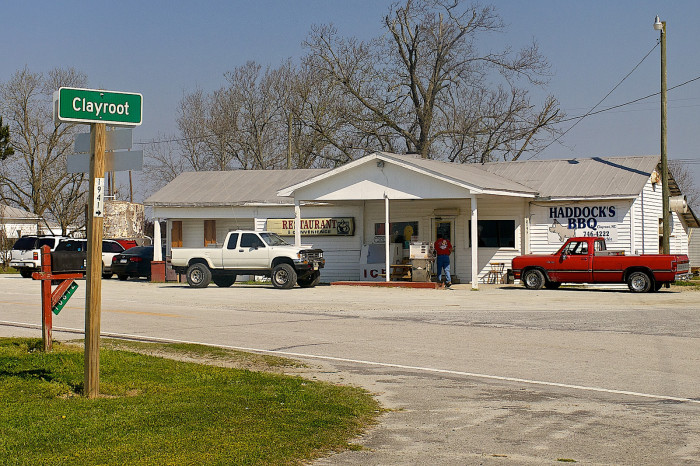 A term for “restaurant”, also known as “a building that could be abandoned, could be a gas station, or could scare visitors” that you know for sure just happens to have the best freaking…

One of the many ways our state is superior to all the others, and possibly the only important dividing factor between the coast and mountains. We basically invented the east vs. west battle of vinegar versus tomato-based “red” sauce. Make sure to serve it with…

If North Carolina had a Statue of Liberty, it’d be a giant Cheerwine bottle waving a Krispy Kreme doughnut and greeting everyone on boats as they sail past the… 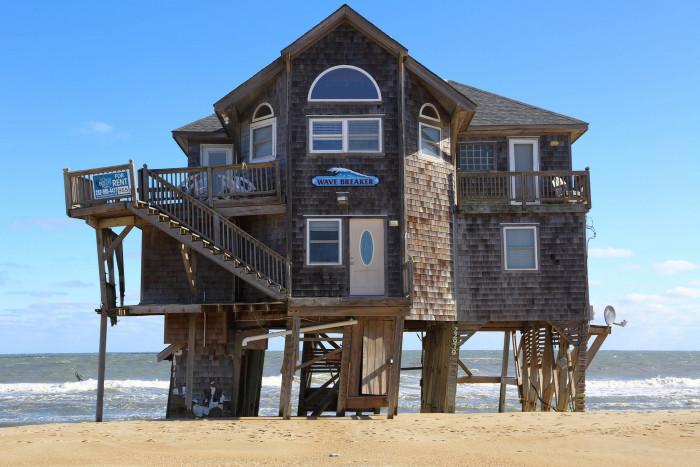 Or “OBX”: a magical place of lighthouses, ferry rides, fresh seafood, natives with strange accents, childhood sand castles, beach vacations, and that mystical riptide you always feared would suck you right in if you went into the water…

A term used to scare children from swimming too deep in the ocean. Yes, we know you have to remember those “Rip Tide Today” scale-maps at the beach, and that one horror story of someone’s cousin’s brother’s best friend who had to swim against the current. 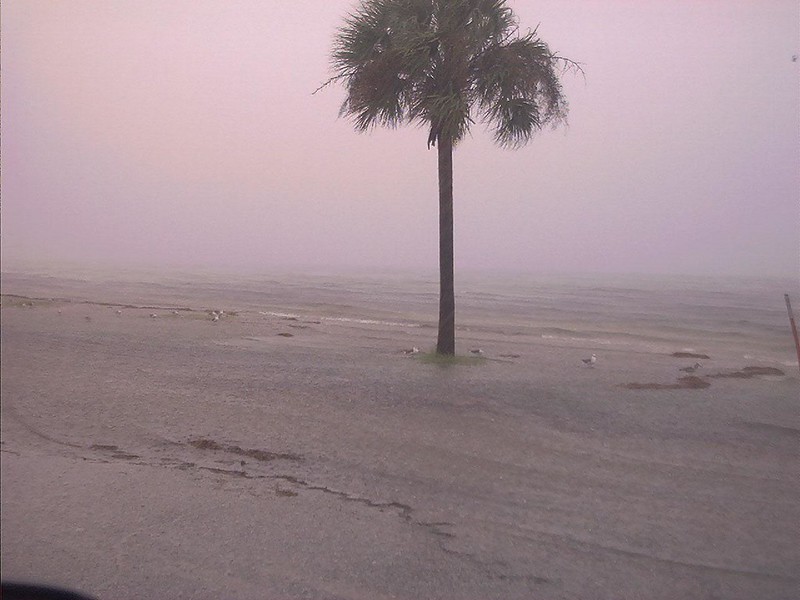 Devastating. It’s sunny and school is cancelled because of Hurricane Sandy. Winner of the Stanley Cup in 2006. An excuse to go surfing. You know.

You’re gonna see Walmart on your left, and after you see Four Brothers on your right, you’re gonna make a left turn past the blue house where May Marie lives and keep driving down…

A magical land ingrained in all North Carolinians, kind of like a microchip we’re born with. It’s kind of far, kind of close, well, it’s past the blue house, it’s just ‘YONDER’ – neither here nor there nor anywhere. It might be among the most philosophical things people from North Carolina say. 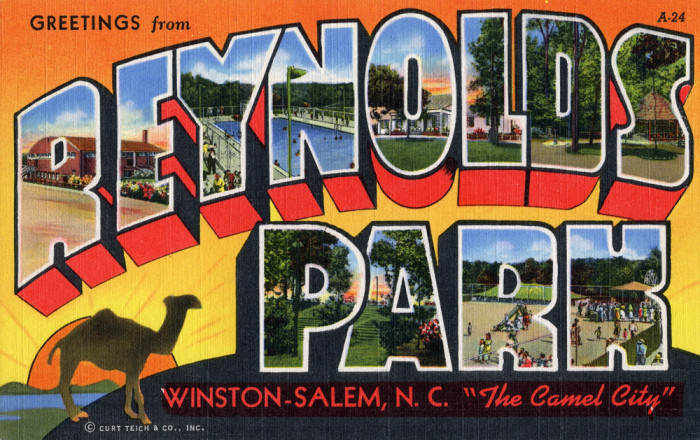 Also known as the “tre-fo”, the “dash”, or “part of the Piedmont”, the middle region of the state east of the…

A beautiful place with rolling hills where delicious wine comes from.

This is one of those things people in North Carolina say that is easy to confuse with another word. This one is a place to ski in the winter. It’s a sensitive subject for native North Carolinians when out-of-towners spell it “beach”. Oh, and there’s a yellow brick road here. No, really.

A term that’s perfectly okay to use even in business settings in the state of North Carolina, but if a northerner (basically a Virginian) tries to use it, well… A simple word with multiple meanings, depending on if you were just fixin’ to make a sandwich, or got too tired from fixin’ the car, so now you’re fixin’ to go to Bojangles so everyone can get fried chicken with two fixin’s of their choice.

During daylight – a joining of family and friends to grill hot dogs and burgers, gossip, drink some sweet tea, bring a homemade casserole. Perfect on spring Sundays.

During the night- we are drunk. We’re gonna need a BBQ tray with a Cheerwine, hush puppies, and french fries. Oh, and if it’s July, you know we’re getting a watermelon milkshake.

A term used to describe all natives of this great and wonderful state, regardless of which blue we bleed. At the end of the day, we all agree that we love this beautiful state.

Are these not just the most perfect list of things people in North Carolina say? We think so.

What are some words or sayings that evoke a feeling of NC nostalgia for you?? Share them below in the comments.

It’s not bad, but we might be biased! North Carolina is a beautiful state with plenty of interesting things to do and see. We often get flak or get accused of being a “flyover state” (we most certainly are NOT) because people don’t realize what North Carolina life is all about. We get hot and humid summers with nice and mild winters, though from time to time we might get a crazy winter storm or a spring severe weather outbreak. Cost of living here is low, so your dollar stretches further than most places. We also have a solid sense of community, and chances are, your neighbor will always have your back, even if you don’t get along otherwise. Plus, there are 41 state parks scattered around, so there’s more than enough to explore if you get bored!

What are some funny North Carolina stereotypes?

There are lots that we can think of off the tops of our heads. Like, for instance, when it does get around to snowing, we have to shut down the entire state. Apparently, we can’t risk… getting cold, or something. If you live in North Carolina and nobody has made fun of you for whichever basketball team you support, do you really live in North Carolina? Also, we wrestle sharks. During hurricanes.

What is life in North Carolina known for?

Life in North Carolina is quiet, simple, and fun. You’ll always seem to meet a friend, no matter where you go, and we’re probably the best state in the US for barbecue (and we will fight anyone who says otherwise). There’s a ton of state and national parks, and the hiking, fishing, hunting, and outdoor activities here are second to none. There’s also nothing quite like going out in a rural area and looking up to see hundreds of thousands of stars shimmering above us on a warm summer night. We might be biased, but life here is pretty darned good.