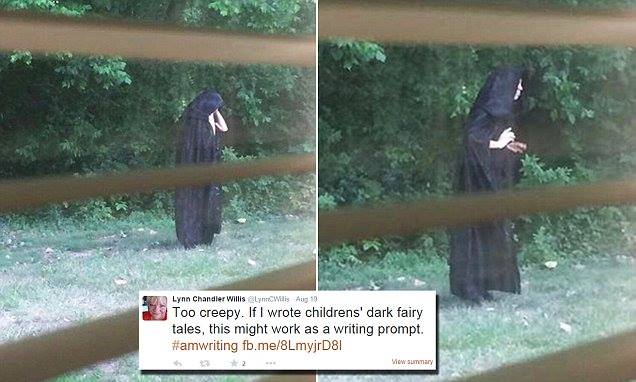 Halloween isn’t for another two months, but a cloaked figure in Gastonia has been causing some pre-season fear. This image was captured of a person in head-to-toe cloaked attire, leaving raw meat on playgrounds near the Hudson Woods Apartment Complex. Yes, you read that right, playgrounds, cloaks, and raw meat (really?) Over the past few days, the ‘dark master’ or ‘professional prankster,’ has had way more then just 15 minutes of viral Internet fame. Even Cosmopolitan and the The Daily Mail  picked up the story.

The main question on everyone’s mind….why and what is this person doing? Some fear the figure is leaving poisoned meat for animals. Others speculate it is a ritualistic ceremony. Some brush it off as a creepy-strange prank. Reddit users say it is a man named Nate Holt, filming for his YouTube series Walking the Planes, but this has not been confirmed.

Police have begun to investigate while locals live in fear and lock their doors. Maybe Voldemort had one too many shots at the local bar? Either way, this image will stay with you, and sorry, the creep factor does not subside (even if it is just for YouTube!) 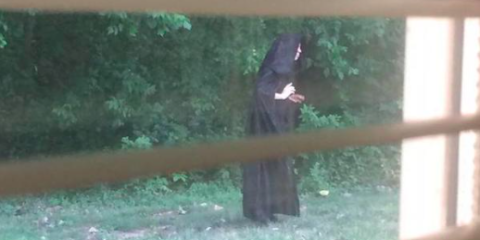 What are your theories on the cloaked figure? Tell us in the comments.