Posted in Massachusetts January 29, 2016 by Sophia

These 15 Songs About Massachusetts Will Touch Your Soul Today

Do you ever think to yourself: “How can I best convey my state pride through song?” It’s a struggle we all face. But fear not! We have gathered together a sampling of the best songs about Massachusetts to be found in all the realm. So the next time you feel like treating your car passengers to a non-stop playlist of Bay State musical magic, you’ll be prepared. Read on.

1. “Shipping Up To Boston” by the Dropkick Murphys

You knew this one was going to be first. Originally written as a folk song by Woody Guthrie, this is a high-energy tune about a person who is pretty convinced his lost peg leg is lurking somewhere in Boston Harbor. Perfect for blasting out of your second story window overlooking the Boston St. Patrick’s Day parade. Best lyric: I’m shipping up to Boston whoa/I’m shipping off…to find my wooden leg.”

2. “Dirty Water” by The Standells

And you probably guessed this one would be second. Red Sox owner John Henry played guitar with The Standells during a performance of this song in Boston in 2007. Perfect for hanging out by the docks in Boston. Best lyrics: “Well I love that dirty water/Oh, Boston you’re my home/Oh, you’re the number one place.”

I’m relatively certain that the Cape Cod board of tourism had a hand in this one. Perfect for writing postcards home from your Cape Cod beach house while eating lobster out of your best Nantucket basket. Best lyric: “If you’re fond of sand dunes and salty air/quaint little villages here and there/you’re sure to fall in love with Old Cape Cod.”

This song by indie band Vampire Weekend expresses a sentiment with which some Cape Cod teenagers might be all too familiar. Perfect when you’re feeling young and claustrophobic while living in a world-class travel destination. Best lyric: “Walcott, don’t you know that it’s insane? Don’t you want to get out of Cape Cod, out of Cape Cod tonight?/Walcott, the bottleneck is a sh*t show/Hyannisport is a ghetto/Out of Cape Cod tonight.”

Guess what Norwegian band Yvlis churned out after their hit “What Does The Fox Say?”? A tribute song to Massachusetts. For serious. HOLY LOBSTERBOAT I have no words for this. Just watch. Just watch. Best lyrics: “It’s the 14th biggest state/Massachusetts/Just four hours from New York/Read amazing books for free at the Boston Library or try the local brie.”

A song about reinventing yourself while still holding on to home. This mellow song from Kenny Chesney profiles a girl in a warm locale who has Boston roots. Perfect for that point in your Caribbean vacation when you feel like maybe you were meant for palm trees and pink sand beaches, but know you’re still a Bay Stater at heart. Best lyrics: “She wears a Red Sox cap/To hide her baby dreads/The girl she was in New England/Is different now and dead.”

Just a little ditty about everyone’s favorite motorway. I can’t be the only one who can relate to riding/inching along the Pike at night and having some deep thoughts. Perfect for reevaluating your relationships while locked in traffic with half a box of Dunkin’ munchkins on your passenger seat. Best lyric: “Last night on the Mass Pike, Thought I was losing you. Last night on the Mass Pike, I fell in love with you.”

8. “Roadrunner” by Jonathan Richman and The Modern Lovers

Jonathan Richman released this song in 1972 in multiple versions. Boston Mayor Marty Walsh actually filed a bill to make this song the official rock song of Massachusetts. Perfect for your crazy and caffeinated morning commute. Best lyrics: “Roadrunner, roadrunner/Going faster miles an hour/Gonna drive past the Stop ‘n’ Shop/With the radio on/I’m in love with Massachusetts/And the neon when it’s cold outside.”

9. “Massachusetts” by The Bee Gees

Definitely a lesser-known song but still a great tune. Perfect for running to catch an outbound train on the red line on a rainy day. Best lyric: “Seeing all the looks on the Harvard faces/I know it’s true/Glass on the road and the diamonds shining I looked at you/And said, “Somerville is where we’re going,”/I’m going back to Boston.”

You might know this one better as “Charlie on the MTA”. The song’s lyrics relate the story of a man, Charlie, who becomes trapped on Boston’s subway system. The song was actually first recorded as a mayoral campaign song for Progressive Party candidate Walter A. O’Brien, who was against raising the subway’s fare. Perfect for scrounging in your coat pockets for exact change because you forgot your Charlie Card at home. Best lyric:”When he got there the conductor told him,/”One more nickel.”/Charlie could not get off that train.”

12. “Say Hello to Someone In Massachusetts” by Lenny Gomulka 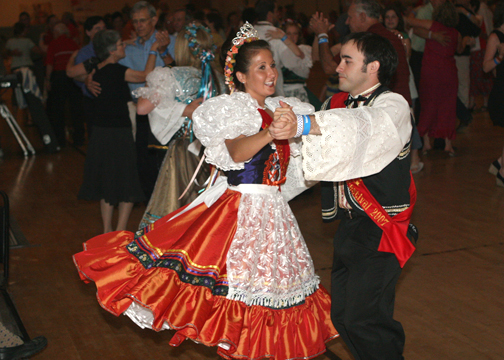 A song about feeling misunderstood and wanting to flee your life in order to set up shop in the greatest city in all the world. Perfect for Boston students returning to the city from winter break or high school seniors dreaming of relocating to the jewel of New England. Best lyric: “I think I’ll go to Boston/I think I need a new town to leave this all behind/I think I need a sunrise, I’m tired of the sunset/I hear it’s nice in the summer, some snow would be nice.”

14. “Southie Is My Hometown” by Freddie Hall

A song about being proud of your hometown. Perfect for anyone who holds South Boston close to their heart. Best lyric: “I was born down on A street, raised up on B street/ Southie is my hometown/There’s something about it, permit me to shout it/they’re the tops for miles around.”

The band Boston clearly is a big fan of the city of Boston. Perfect for when you and your local band finally get a great gig in the city and you feel like rock stars. Best lyric: “Dancin’ in the streets of Hyannis/We were getting pretty good at the game/People stood in line and didn’t seem to mind/You know everybody knew our name.”

Obviously this is not a complete list of the best songs inspired by Massachusetts, but we tried to pick some crowd favorites as well as some hidden gems. Share with your friends and let us know your favorite songs about this great state.

Massachusetts In Your Inbox

Thank you! You will receive your first email soon.
0
shares
Sophia
Follow me on:
Massachusetts native. Freelance writer and strawberry eater.