What Lies Beneath The Streets of New Orleans is Amazing

In the 1960s as suburbanization was encroaching on the robust nature of cities’ downtown, New Orleans Mayor deLesseps “Chep” Morrison led the way for the construction of an underground tunnel connecting the proposed Riverfront Expressway and the Pontchartrain Expressway.

The tunnel is roughly 700 ft. long and perfectly straight, and construction began in 1964. By 1969, though, the Riverfront Expressway failed to be approved, and the tunnel became obsolete. 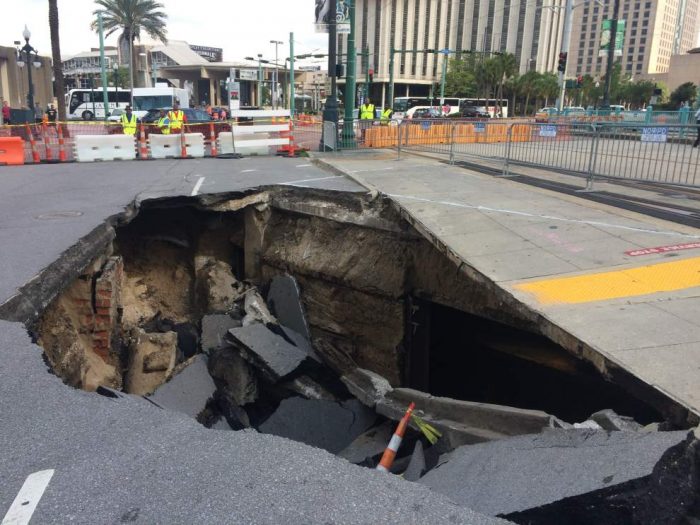 Since then, it has been underused and not well-known at all, until a recent sinkhole opened up at the foot of Canal Street, bringing attention to the old tunnel.

To learn more and see what this old tunnel has become today, check out this video!

Isn’t it crazy what lies beneath New Orleans streets? I would never have expected it. Do you know of any other secret tunnels under New Orleans that we should know about? Were you surprised to learn about this one? Let us know about your experiences! We love to hear your feedback.

New Orleans In Your Inbox

Thank you! You'll receive your first newsletter soon!
0
shares
Kezia Kamenetz
Follow me on:
Kezia Kamenetz is a native to southern Louisiana and lives in the Marigny neighborhood of New Orleans currently. When not writing about all the amazing things to be found in her state, her central passion is dreams and the wisdom they can offer, which you can learn more about by visiting KeziaVida.com

Only In New Orleans